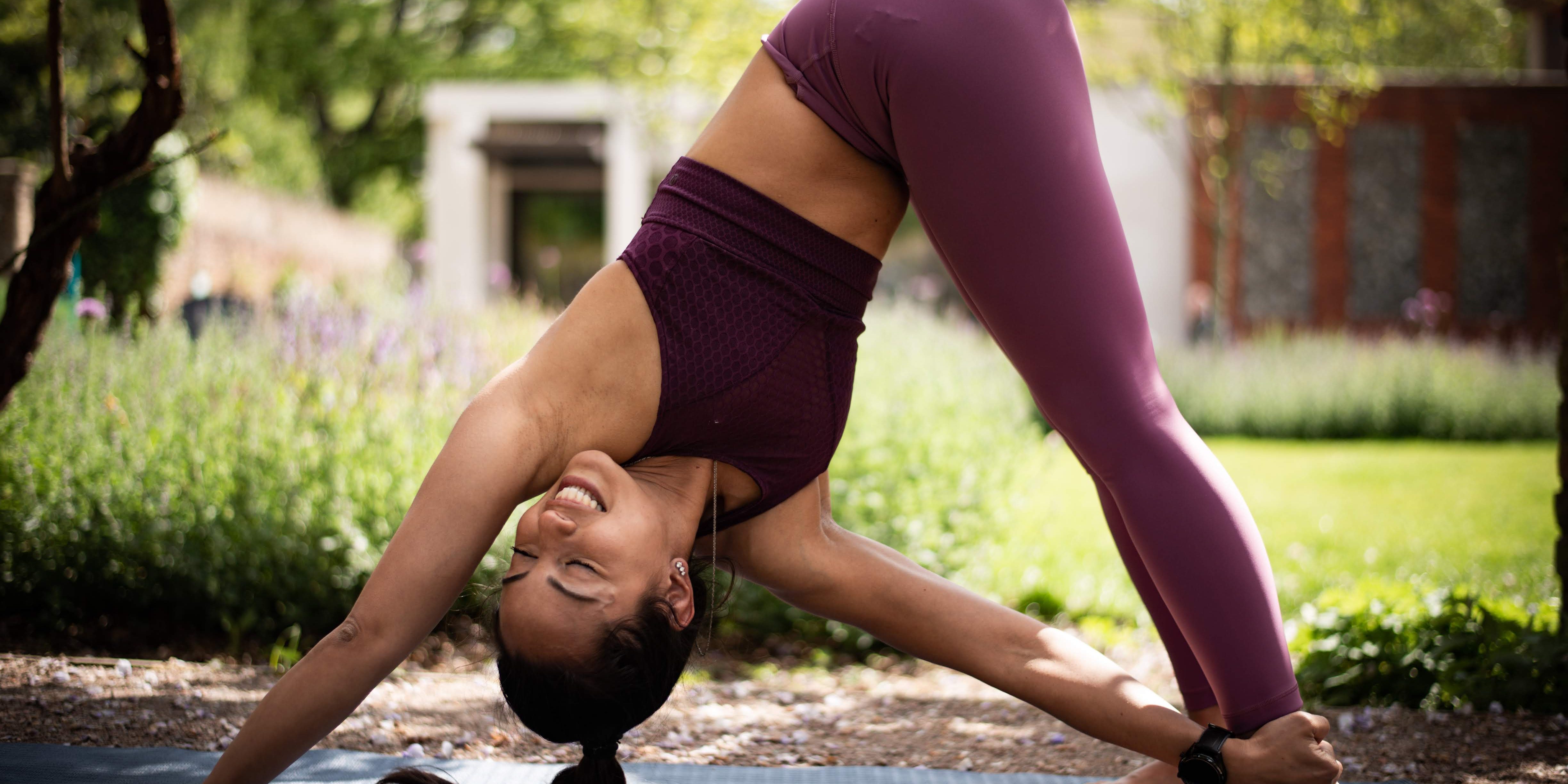 Inspired by the “Getting to know each other” 1st episode the new #yogalandpodcast season, I thought I would share with anyone who is curious to know something about me and my yoga journey. I tried my first ever class in my early 20s, probably out of curiosity. I had heard about the benefits of yoga and wondered if that could become my preferred choice of physical activity. It didn’t. I left the studio feeling definitely relaxed but also a bit like ‘meh’, can’t see myself embracing this yoga thing. Little did I know uh! The truth is that my energy at the time of my life was very fiery and felt like I needed a strong physical activity that would also condition me mentally. They were restless years, where emotional choices were making me go down some complicated paths.
I had heard of this yoga in the heat. Bikram. Let’s try it – said once again my curious self. I remember doing one of this first timer trial at a studio in Parsons Green together with my friends @ravinigene @mandysarkis and @kerryelizabethj who I worked with at the time. We used to go after work and I remember leaving the studio drenched in sweat and a mix of feelings: “this is so hard… Oh but it’s so good!”. That was just the first of many trial cards I did. Until I found what I would call my home studio in Chiswick. I would go as far as saying that that one little orange door address heavily skewed my decision to move to W4. I worked there as a receptionist on Saturdays. I loved feeling part of that community. The mental resilience I built in the hot room was getting more and more apparent as I started to feel stronger emotionally, more accepting, more patient, less reactive. It was those little cues ‘resist the urge to scratch, stay still’ ‘don’t let the heat get to you’ and to some extent even the whole not reaching for your water, made some kind of sense to me. My body has always been more strong than flexible and I started to notice that the two were starting to balance each other out.
I practised Bikram for a long time but I wanted to dig deeper and I became a polyamorus yogi. Saturday mornings Ashtanga led class with @saskia.vidler at Indaba. They were everything. Weekday mornings Hot Power Hour and then off to work. In 2014 (aside from turning 30), 2 big yoga life changing things happened. I started practising with my amazing teacher @celestpereira and I signed up for my 200hrs teacher training.  It was the 3rd teacher training Michele Pernetta was running following the rebranding of all her studios and the launch of Fierce Grace Yoga. Many have wondered if I had anything to do with the name but no it was just a pure coincidence. Fierce Grace was a better version of Bikarm for me. They were set sequences but different classes, there were modifications for beginners, injured, stiff. One of the classes had music, one of the things that I had always loved when practising styles other than BIkram. I started building up my practice at Fierce Grace studios and began my training in February 2015. I took a sabbatical from work and returned all trained up ready to start teaching alongside my usual working hours. In the meantime my sacred and precious “me time” continued being my class with Celest. I would go to class every week Thursday evening, sometimes twice a week if I could squeeze the Saturday class. It was something I looked forward to. Celest spoke to my creative body, challenged my way of moving and interacting with the postures. I always left the class feeling nourished and strong. I still practice with her to this date, making her the teacher I have practised the longest with.

In 2017, when I was 7 months pregnant, I signed up for Pregnancy Yoga teacher training with @YogaMamaLondon.  I didn’t know if I would want to go down the path of teaching Pregnancy Yoga once I completed my training. I signed up thinking I would learn a lot of things for myself but as a matter of fact, I have been teaching pregnant women, covering classes at Triyoga in Ealing, and it turned out to be one of the most rewarding and heartwarming classes I teach.  Being pregnant and giving birth has given me the opportunity to add a layer of awareness and empowerment to the already strong woman’s nature. It made me meet some inspirational women who are purveyors of physiologic birth and are fighting to let women own their births.

Lastly, this year I felt it was the right time to enroll in my 300hrs Teacher Training.  It took me a while to decide but I knew who I wanted to do it: Jason Crandel. I completed my first 2 week module and though a month has passed and a lot of the information is still marinating in my head, I am so glad and happy to have chosen to do it.  I feel like my teaching till now has been a long process of cutting patterns, sewing and stitching and with this training I am fitting my creative piece of fabric into a structure, into a skeleton.

My decision to turn my passion into my work was not easy and mine felt like an organic and natural transition from a 9 to 5 to becoming a mom and full-time yoga teacher in central and West London.  It sometimes amazes me how this practice has stayed with me all of these years, the twists and turns, the rewards but also the disappointments, the learning curves and endless mutation of your body and mind as a practitioner.  It’s one of the richest aspects of my life, one that I have chosen over and over again with no external conditioning, one that I have developed and nurtured and that has supported me and shaped me in ways I would have never expected.